Alex has made it his goal to demystify the creative process with as many people as possible through his highly acclaimed Creative Courage program. As a result, he is a sought-after guest speaker who has conducted his workshops and seminars for a variety of organizations and schools throughout Southern Nevada, including Zappos.com, the Henderson Chamber of Commerce, the Charter School Association of Nevada, SMPS Las Vegas, The American Institute of Architects Las Vegas, the American Marketing Association of Nevada, the University of Nevada Las Vegas, Nevada State College, Clark County School District, Orange Coast College, the LABMAN2014 event, and many more schools and businesses throughout Nevada. This work led him to write his book, “Creative Courage with Alex Raffi: Harnessing Your Creative Capacity,” published in April, 2016.

Alex also wrote and illustrated “The Sheep Counting Dream,” a children’s book written in rhyme about a little girl who can’t fall asleep the night before her birthday.

Alex is an award-winning graphic designer and editorial cartoonist, and has collaborated on and illustrated “American Gestures” and “Conventional Gestures: Meaning and Methodology,” and also illustrated Richard L. Epstein’s “Critical Thinking” book series as well as “The Riddles of Human Society” by Conrad L. Kanagy and Donald B Kraybill.

His Creative Courage Workshop aims to inspire creativity in anyone who believes they are not creative, and provide the inspiration to become more innovative as they share what they’ve learned.

Its mission is to elevate the importance of creativity in every aspect of life including education, business, politics and culture, and in doing so, elevate the overall quality of life for us all.

Creative Courage is an exploration to demystify the idea of the individual and group creative process, and discuss creativity as a necessary problem-solving skill. Through fun, engaging and interactive games, stories and exercises, it encourages people to harness the creativity they once had as children, and use it to enhance their business and personal lives. 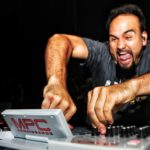