One of the most knowledgeable and forthright conservatives of today’s ever-changing political atmosphere is author, radio host, TV guest, speaker and political columnist Daniel Perkins.

Dan is well known for his heavily researched pulled-from-the-headlines book trilogy, “The Brotherhood of the Red Nile.” The stories are inspired by our daily news – from radical Islamists to missing uranium to the making of dirty bombs — the lines between reality and fiction are blurred.

While writing is one of his passions, his love of the U.S. and concern for our veterans strikes another chord. As co-founder of Stories and Songs for Soldiers, a 501C organization providing songs and stories to soldiers who are recovering from the ravages of war, Dan works to make a difference in veteran’s lives. Whether wounded in body or in spirit, they are provided with an MP3 player allowing them to connect to hundreds of thousands of books, songs, old time radio shows and more through a single device. In addition, eight hours of sleep music is provided, helping those suffering from PTSD. Dan’s wife works closely with him as the organization’s other co-founder.

As a speaker, Dan shoots from the hip, always ready to debate the fate of our country. As a constitutionalist and self-proclaimed historian, Dan provides his audience with enough information to make them walk away wondering how he can house so much knowledge.

Dan speaks to groups of all ages and sizes, inspiring them to not only be aware of changes affecting the U.S., but also to do something about it. He motivates even the most lackadaisical citizen to get off their chair and stand up for their country.

If you are looking for a dynamic storyteller, magical motivator and polished historian, Dan Perkins will provide the right mix of political knowledge and entertainment for any crowd.

Spending the bulk of his career in the financial world, Dan was honored for his outstanding work with increasing responsibility, eventually heading up one of the most successful financial groups in the state of New York. He has traveled the country speaking to financial planners on topics of sales and the economy. Most people Dan’s age have retired. Not Dan. In addition to public speaking, he has an ongoing practice managing money for clients.

Over the last four years, Dan has spoken to more than 70 groups, including VA Hospitals, Department of Defense representatives, homeless shelters, churches, corporations (CitiBank, Star Bank, Johnson & Johnson), and many others. In addition, he produces a weekly radio program, “Two Guys from Verona” which discusses current world events. This syndicated program is live on W4CY and W4VET, as well as 51 other stations, and is broadcast on iHeartRadio and KJAG internet radio.

TOPICS FOR PRESENTATION AND DISCUSSION 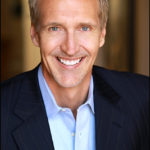 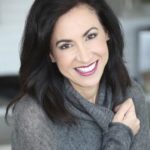