What if everything in your life suddenly changed?

Jeffrey Bobcock’s story is about his health suddenly changing and his subsequent discovery of simple, immediate steps back to health and wellbeing.

It’s the story of how he beat a crippling case of spinal arthritis, and after years of asking M.D.s for help, finally lost 50 pounds. The lessons he learned through this process are the basis for his “Easy Steps to a Healthier You,” steps that he promises you will want to start immediately.

An entertaining and memorable author and television reporter, Jeffrey speaks to corporate, university and not-for-profit groups about how to easily — and in many cases effortlessly — improve lifestyle and physical wellness. Jeff’s teachings promote a healthier outlook on life, recreation and work.

“Die Young as Late as Possible”™
“Your Healthy Life Now”™

Jeffrey has always been interested in the easiest way to achieve the healthiest life. He turned his own health around, having overcome physical issues large and small.

Prior to his work as an author and publisher, Jeff worked as a financial correspondent in New York with ABC-TV, The Wall Street Journal, WBNS TV Columbus OH, KIRO TV Seattle WA and KATU TV in Portland OR.

A native of Minnesota, Jeffrey Babcock graduated from Duluth East High School. After attending the University of Minnesota for one memorably cold year, he moved to the slightly warmer climes of Toronto, Ontario where he graduated from Vanier College, York University with a Bachelor of Arts in U.S. and Canadian history. He worked several summers during his college years on the Duluth Missabe and Iron Range Railway.

Jeffrey is an avid hiker and cyclist, and he treasures each minute he spends rowing an Adirondack guide boat. He has been married for over 29 years to a bright and beautiful woman he met while doing a television story about meeting people. She smiled at him, and he asked her out on the air. She said that if he gave her his card, she would call him. He said that would be fine, but if she didn’t call in a week he was going back on the air to say that she hadn’t called. Happily, she called. His wife is an accomplished golfer and tennis player who sells audio and data equipment for a major global firm.

Jeffrey’s daughter, Taylor, is an LPGA Assistant Golf and Teaching Professional at Pine Brook Country Club in Weston, MA, currently working toward her LPGA Class “A.” Taylor has four years prior experience as a Division I collegiate golf coach and is a TPI Certified Level I Golf Instructor. She holds a degree in Sports Management and Business from Barry University, Miami, Florida, where she played Division II college golf. She was an Athletic All-American in 2012 and was an Academic All-American throughout her collegiate career. 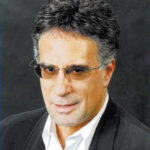 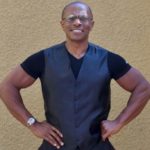