Go Brand Yourself --- with Tactics and Strategies that Work

GO BRAND YOURSELF — WITH TACTICS AND STRATEGIES THAT WORK – BRANDING

Dr. John Tantillo is the branding editor for Fridge Magazine, the online publication for small business and entrepreneurs. In addition, he hosts the podcast titled Brand-Aide and works as a branding and marketing consultant. He produces online content, contributes to the Fox News opinion page, is a go-to expert for the BBC on a range of marketing issues and frequently appears in the national media. John was featured as a guest on shows including Cavuto, Fox & Friends, MSNBC’s Weekends with Alex Witt, ABC News Live, and Fox News Live.

He is widely known as “The Marketing Doctor” for his outspoken adherence to “the marketing concept,” which emphasizes the essential role of marketing as a vehicle to identifying and satisfying consumer needs. He is particularly outspoken about the money spent on Super Bowl advertising, which he perceives as an enormous waste.

Tantillo has been called “the Howard Cosell of marketing” for his distinctive voice, mannerisms, and clothing choices. In December 2007, he provoked controversy for advocating a Fat Santa campaign and for his comments that Santa Claus should “lose weight and join the fight against the obesity epidemic.” John’s position was ridiculed by Erich Muller during an appearance on Muller’s radio program, The Mancow Show. Tantillo again wrote on this subject in 2008, and was again met with criticism.

He is credited with coining the term “the O’Reilly factor,” which later became the name of Bill O’Reilly’s television show.

In John’s marketing analyses and critiques, he frequently refers to a concept called “adpublitizing,” which means creating an advertisement that is sure to generate controversial coverage, thus ensuring that the advertisement and the related brand get many more impressions than a typical media buy.

A graduate of St. Francis College, Queens College of the City University of New York and Hofstra University, Tantillo holds a masters in Experimental Psychology and a doctorate in Applied Research Psychology.

He was the host of “BrandTalk: The Only Show on Radio Where Branding Gets Personal” (www.brandtalkradio.com) from WVOX Radio. John is the author of the book “People Buy Brands Not Companies.”

“A marketing genius and visionary.”
– Bill O’Reilly, The O’Reilly Factor

“You’re the best at this.”
– Neil Cavuto, Fox Business News, to Dr. Tantillo on air concerning his marketing analysis of healthcare reform

“If you want to know how to define and enhance your brand, you need the Marketing Doctor, John Tantillo.”
– Alan Colmes, The Alan Colmes Radio Show

“John Tantillo got me to think about our business in a way that no one has been able to do before.”
– Partner at big four accounting firm

“John Tantillo wastes no time in getting his points across not only intelligently and directly, but so they can be understood and absorbed effortlessly. He illustrates the simple yet extremely difficult marketing concept of how to get your message through in an increasingly complicated and noisy environment.”
– Dylan Curtis, executive, NYC investment banking firm

“With a very frugal budget and Dr. Tantillo’s guidance, we built a globally recognized brand that has yielded lucrative speaking opportunities, major media appearances and sales of my own book. We continue to use his techniques.”
– Jim Bouchard, leadership speaker

“John Tantillo is pure brilliance in the areas of branding and strategic marketing. He has given me much inspiration which has translated into increased success for our firm and our clients, including high profile political candidates building a personal brand.”
– Scott LaFata, Director, Citizens for a Better America 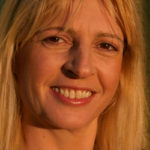 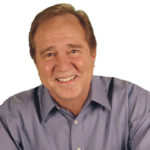