Kadrolsha has made comic book history by becoming the first person to be a comic book Super Hero doing what she does in real life. Comic historian Brian Morris and comic book publication owner Charles Moisant of Silver Phoenix Entertainment confirm this, as do stories carried in The Huffington Post, New Hampshire Magazine, Telegraph, New Hampshire Chronicle television show, and more, along with many news media outlets.

She has worked with Warner Brothers as a contributor to the 40th Anniversary of The Exorcist DVD on Blue Ray. She also hosts Paranormal 13 News on the Galaxy Global TV Network, HULU, Apple TV network, plus many more throughout 198 countries, 50 states, and in more than 300 airports worldwide. In addition, she spends time hunting with crew members of popular TV shows Ghost Hunters and Ghost Hunters International.

Kadrolsha is currently collaborating on a children’s book with the legendary Bill Diamond of Jim Henson and the Muppets.

KO also played a pivotal cameo role in Toxic Tutu, a movie continuation of Toxic Avenger, as well as starring in the film Silent Times, for which she won an award and was featured in Broadway World Magazine. In addition, she starred as CC Carole in more than 85 CC The Huntress paranormal adventure episodes for broadcast and Cablecast WNDS, and New England Cable Television.

She is the author of Ghosts and Legends of the Merrimack Valley for History Press’ Haunted America series, and Ghosts of the New Hampshire Seacoast.

Kadrolsha is currently filming RTR, a Netflix series about the life of retired mob figure Ronnie “The Rottweiler” Kerner.

On April 6, 2018 Kadrolsha encountered a gunman sitting in her yard one house from a high school and one-and-a-half blocks from an elementary school. She was able to kick the gun out of the perpetrator’s hand, thereby preventing bloodshed and tragedy. Subsequently, she launched a campaign to ensure that schools are locked down and parents are notified whenever a gunman is in close proximity to a school. 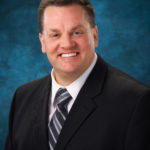 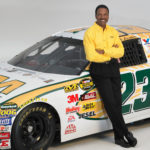