Born in 1979, in Niagara Falls, NY, Evans grew up in a single Mom household and was one of eight children. A natural athlete, Evans excelled in football and on the wrestling mat. While in High School, he initially starred as a running back and safety until he switched over to become a two-time All-State Wrestler. Upon graduation in 1998, Evans entered Niagara County Community College, where, in 2000, he captured the National Junior College wrestling championship. He attended Michigan State University and became one of only three competitors to defeat Greg Jones, considered one of the greatest collegiate wrestlers of all time.

Upon graduating from Michigan State with a degree in psychology, Evans fell in love with the fast paced and dynamic sport of MMA. With a passion to excel, Evans became a dominant force, winning his first five fights. He was then cast on the second season of The Ultimate Fighter, and went on to win the competition and sign to a UFC contract.

After 10 wins in the Octagon, Evans reached the pinnacle of the sport in 2008 when he won the UFC light heavyweight title at UFC 92, defeating then champion Forrest Griffin. He lost his first title defense to Lyoto Machida, but has been fighting his way back to a second title shot ever since, which started in August 2011 with a victory over Tito Ortiz at UFC 133. Next, Evans defeated Phil Davis January 28 as the headlining main event of UFC on FOX, a live broadcast Saturday, April 21 where Evans will take on reigning light heavyweight champion Jon Jones in an attempt to become a two-time champion in the UFC. UFC 145: Jones vs. Evans will take place live on Pay-Per-View from the Phillips Arena in Atlanta.

Evans is unquestionably one of the most popular stars in the UFC. While a top contender inside the Octagon, “Suga” also serves as a sports commentator, feature film and TV actor, and company spokesperson outside the cage. 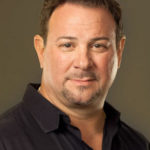 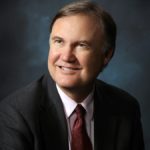