Scott Pritchard is an award-winning professional speaker and humorist.

In 2011, during the World Championship of Public Speaking, a 6-month competition against 35,000 contestants, he took 3rd in the world. Among 270,000 Toastmasters in the world, he was the only American to place, making him America’s top speaker.

In addition to speaking to audiences across the world, he resides in Las Vegas, where he does standup comedy on the Strip at Planet Hollywood every weekend. He opened recently for headliners such as Louie Anderson and Lorrie Morgan.

He has been featured on ESPN Radio and most recently in the New York Times, who did an article on his speaking accomplishments. 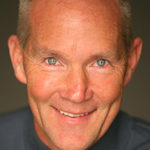