He is smart, witty and sharp. A national radio talk show host with a unique perspective on the United States in the 21st Century. He is SIMON CONWAY.

His conservative outlook was forged in his native UK, where he experienced the considerable downsides of European-style socialism. His take on the issues of the day facing Americans can best be summed up by a line he often uses on the air – “I’ve already lived through where we are headed.”

Born in London, England, Simon completed his almost ten year journey to legal US Citizenship just a couple of years ago. This has given him some extremely interesting insights into the immigration debate.

Simon has lived and worked in Israel and the UK as well where was a journalist. He also founded one of England’s most successful Corporate Communications businesses which he ran for some 20 years.

He is also a published fiction author.

Most recently you could have heard him on 540 WFLA/Orlando, News Radio 1140 WRVA/Richmond, Talk Radio 105-5 WERC/Birmingham and News Radio 630 WLAP/Lexington. Having been filling in around the country on such great stations as KOGO/San Diego, WOAI/San Antonio and KTLK/Minneapolis, Simon has now landed one of the very best jobs in Talk Radio – Afternoon Drive Host on the legendary Heritage station – News Radio 1040 WHO in Des Moines Iowa. This is the place where Ronald Reagan started work and is the station where anybody who is serious about being President of the United States, will have to come and visit.

“The Constitution should be regarded as a sacred document,” he says and adds: “Unfortunately as each year passes it seems to be less important.”

Simon also believes in giving back to his community and so for the past five years he has coached both men’s and women’s high school tennis in Orlando. His 2010 record in that regard was two Metro Championships; two District Championships; Regional Runners-up and four of his kids went to the State Championship as well. What he is less likely to tell you, is that he was also voted by his fellow coaches as both Men’s and Women’s Metro Coach of the Year. 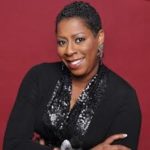 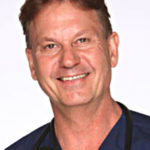