Jeff Hoffman is an award-winning global entrepreneur, proven CEO and worldwide motivational speaker. He is known as a bestselling author, producer of a Grammy Award winning jazz album and the executive producer of an Emmy award winning television show!

Jeff stars in the groundbreaking TV series “Going Public,” a show where viewers worldwide invest in the startups that he discusses on the air.

In his career, he has founded multiple startups, served as CEO of both public and private companies and as a senior executive in many capacities. Jeff worked with a number of successful companies during their startup, including Priceline.com/Booking.com, uBid.com and more.

As chairman of the Global Entrepreneurship Network, Jeff works with entrepreneurs in 190 countries. He is a founding board member of The Unreasonable Group, whose 289 portfolio companies have raised $6.6 billion in funding and have positively impacted more than 720 million lives worldwide.

Jeff also serves on the Advisory Board of CEED Global, teaching entrepreneurship in developing countries. He has supported the White House, the State Department, the United Nations and similar organizations internationally on economic growth initiatives and entrepreneurship programs.

Jeff is Managing Partner at Jeff Hoffman Advisory Services, a strategic consulting firm that teaches exponential growth to business owners and entrepreneurs, as well as teaching innovation strategies to corporations and governments worldwide.

Jeff serves on the boards of companies in the U.S., Europe, the Middle East, South America, Africa, and Asia, supporting entrepreneurs and small businesses on a worldwide basis. He is also the founder and CEO of World Youth Horizons, a non-profit organization providing homes, schools, food and health care to children in need around the globe.

Jeff is a frequent keynote speaker, who has been invited to speak in over 50 countries. He speaks on the topics of innovation, entrepreneurship, and business leadership and is the author of the book “SCALE: A How-To Guide for Growing Your Business.” Jeff also regularly teaches innovation workshops to major corporations.

Jeff received a Lifetime Achievement Award from the National CEO Council for his contributions to the field of entrepreneurship. He received the Champion of Entrepreneurship Award from JP Morgan Chase, Citibank, and Rising Tide Capital, as well as the George Brown Award for International Cooperation.

Outside of the world of technology, Jeff produces movies in Hollywood, and has produced large scale events and shows including concerts, tours, and charity events with such artists as Elton John, Britney Spears, NSYNC and others, and serves on numerous charity and non-profit boards. 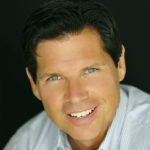 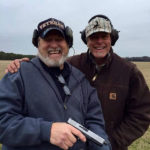