John Daly is available for your company or industry event as a speaker, host, emcee and celebrity golfer.  John is an expert and author on the media, new media, media bias, citizen journalism, creating your own TV show, and travel. He is a journalist, news anchor, writer, author, spokesperson, media analyst, and TV host, best known as a pioneer in reality TV for the ground-breaking show Real TV, the first all-video news magazine. He lived in Las Vegas for more than 20 years and is very familiar with the convention scene there and throughout the world.

John’s trailblazing ways continue. He is the co-host and co-creator of Undercover Jetsetter, a travel, food, wine, mixology and golf show that is shot, edited, and delivered entirely using two iPhones. You can view entire episodes here. Along with his co-host Susan Anzalone, John wrote the book, The TV Studio in Your Hand, about creating great vacation videos or your own TV show.

In 2011, John co-founded a content creation company, NOWtv, with Susan, working with high-tech startups and membership-based companies to help them reach new audiences and customers in the new media world. John helped launch the show after working as a news anchor at ABC affiliate KTNV-TV 13 in Las Vegas, making the unprecedented jump from the 68th television market to the national and international spotlight. His on-air appeal was one reason for the show’s success.

He also helped launch another national show, House Detective on HGTV, a look at home improvement through the eyes of home inspectors.

John’s first book, Truth: The No BS Guide To Navigating A Media-Biased World, is a simple how-to book for the everyday person to understand what’s really happening in the media. It’s nonpartisan, easy-to-understand style made it a hit with Republicans and Democrats alike.

John graduated from Providence College in Providence, Rhode Island in 1978 with a Bachelor of Arts degree in English and the desire to become a writer.  He also completed a graduate course at Columbia University in New York City for print journalists moving into broadcast journalism.

After two years in public relations and advertising, he began his news career; first as a newspaper reporter for the Norwich (CT) Bulletin and the New London (CT) Day.

John is avid about sports and fitness. His single digit handicap in golf leads him to numerous celebrity golf events throughout the country.

John and his wife Teri, a personal trainer, have been married since 1985. 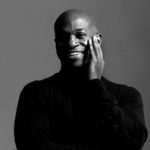 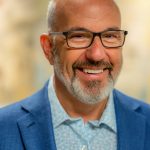