Alan Stock is one of the most popular talk show hosts in Las Vegas. He acts as a keynote speaker and master of ceremonies for conferences and conventions as well as community, business, political and philanthropic organizations.

Talkers magazine (www.talkers.com), the bible of the talk radio industry, has named Alan as one of the 100 most influential talk radio hosts in America for 14 straight years. “Radio and Records” magazine has named him one of six Top Local Talk Personalities in the U.S. Alan is the recipient of three Electronic Media Awards and he was inducted into the Nevada Broadcasters Association’s Hall of Fame in 2003.

Alan has appeared as a political pundit on MSNBC and CNN, and has appeared numerous times on Sean Hannity’s “Great American Panel.”

Although Alan has worked in the television and radio industry for nearly 30 years, his career didn’t begin with the media; he worked in the field of psychotherapy for 10 years. His specialties included working with poly-abuse drug addicts. He employed therapeutic techniques including role-playing and psychodrama.

Alan’s radio career has taken him from Santa Rosa to San Diego, Sacramento and San Francisco. In June of 1999, he was hired as a host at the CBS radio affiliate in Las Vegas, Nevada. In the first 18 months, ratings quadrupled for Alan’s timeslot. Today, he is the star of mornings at Newstalk 720 KDWN and remains the most popular local talk show figure in Las Vegas.

Alan graduated with a bachelor’s degree in psychology from Sonoma State University and a master’s degree from California State University at Dominguez Hills. He and his wife Rhonda were childhood sweethearts and have been married for 44 years. Alan and Rhonda have twin daughters, two granddaughters and a Shiranian (Shih Tzu/Pomeranian) pooch named Daisy.

In guest speaking engagements, Alan delivers enthralling tales of life in Las Vegas, discussing the most interesting events and people who have shaped the news. Among the issues Alan addresses are his 12 year relationship with Mayor Oscar Goodman, his battles with the unions, the downfall and imprisonment of four Clark County Commissioners, and the rise and fall of a U.S. Senator who was caught in flagrante delicto with his wife’s best friend.

Alan covers the political and entertainment side of the desert tourist Mecca, shaping his talks to the interests of his particular audience. 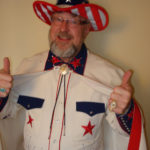 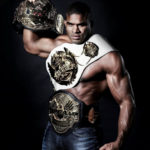