Overeem, standing 6’5″ and weighing 256 pounds, holds a professional record of 36-11-1. As the number two ranked heavyweight in the UFC, he is also the biggest promoter in mixed martial arts (MMA). Overeem boasts an incredible twelve-fight win streak and is the only fighter in combat sports to hold a concurrent world title in both MMA and K-1 Kickboxing. He holds belts as the K-1 World Grand Prix Champion, the Dream Champion and more recently, the Strikeforce Heavyweight Champion.

UFC signed the 31 year old Holland, Netherlands native in September 2011, and set Friday, December 30, 2011 as the date for his octagon debut against Brock Lesnar, former UFC Heavyweight Champion and WWE legend. It took Overeem less than three minutes after the opening bell to stop his opponent and put an end to the fight, sending Lesnar into retirement.

Globally, UFC programming is broadcast in 150 countries, territories and jurisdictions, reaching over one billion homes worldwide in 21 different languages. 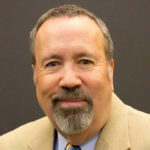 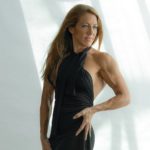