Dr. Jeffrey Magee is a well-known leadership and marketing strategist who appears regularly at conventions and conferences throughout the world.

Known to many as “the thought leaders’ thought leader,” he has trained many of America’s leading subject matter experts within the top U.S. consulting, accounting and legal organizations.

Raised on a farm, and demonstrating a solid work ethic from an early age, Jeff started his first business at age 15 and sold it before starting college.

Magee writes a nationally syndicated managerial leadership newspaper column targeting business owners and the C-Suite, appearing in business newspapers across the U.S. In addition, he is the former co-host of the national business entrepreneur program on Catalyst Business Radio.

Jeff has worked as a human capital developer for more than 20 years with JeffreyMagee.com.

Dr. Jeffrey Magee brings more than two decades of executive and corporate development expertise. He has worked the past decade in both the start-up and mature-growth business market sectors, and with State National Guard Adjutant Generals from across the U.S. He maintains long term clients in associations and organizations at the board level and across the C-suite.

Over the past two decades, Jeff Magee has been contracted to top training and development organizations including Fred Pryor Seminars, SkillPath Seminars, CareerTrack Seminars, American Management Association, the Conference Board, and AICPA to design courseware and to provide train-the-trainer programs.

He developed an interactive training series for senior leaders called “The Leadership Academy of Excellence®.” The series is implemented by Fortune 100 firms, the U.S. Army National Guard, the Federal Reserve, and Farm Credit Banks.

Jeff was commissioned to design, train and present a series of national leadership and sales recruitment programs for more than the 5,000 professional sales recruiters and sales managers with the U.S. Army National Guard. For this he has received the prestigious Commander’s Coin of Excellence.

Jeff has been invited to keynote on the topic of leadership for many major associations and organizations in the U.S. including West Point Military Academy.

At the age of 24, Jeff was recognized by American Home Products, a Fortune 500 company, as its top salesperson in the nation, and became the youngest certified sales instructor for the Dale Carnegie Sales Course.

Jeff was named one of “Ten Outstanding Young Americans” by the U.S. Junior Chamber of Commerce.

Jeff Magee was twice selected to represent the United States at the World Congress as a Leadership Speaker (Cannes, France and Vienna, Austria).

Jeff served for four years as an appointed Civil Service Commissioner (Judge) for the city/county of Tulsa, Oklahoma.

The London Business Gazette hailed him “an American business guru.” 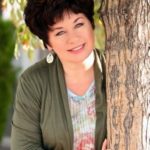