She realized when she was a teenager that she could pick up vibrations about people immediately. She learned to focus this ability first by divining tea leaves and then with the Tarot. She is considered one of the best intuitive Tarot consultants in Las Vegas.

Mona hosts the weekly Psychic View® program on several radio venues. This lively and interactive program allows people to call in with their questions and Mona answers those queries on the program. She’s the author of the book, Chancing Life, Wisdom in a Dice Toss (now re-titled, Dice Wisdom) is a profound method of divination that allows readers to cast answers to questions. Dice Wisdom is available as an eBook. Her Dice Wisdom app for iPhone and Android, is available on dicewisdom.com

Mona’s latest release is 9 Day Energy Reset. This succinct guide provides a ritual that allows a person to relax into the alignment of their highest potential. It is a way to recognize the wonderful gifts that the Universe wants to bestow.

You may have seen her on several popular reality shows, including Sister Wives and Dead Famous or when she’s conducted live readings on the local Fox, NBC, and ABC affiliates.

In Clark County, to be considered a professional intuitive reader, one is required to obtain the privileged Psychic Arts License. This specific license requires a criminal background investigation conducted by Las Vegas Metropolitan Police. Since 2002, Mona holds this special license. Find out more at mona.vegas 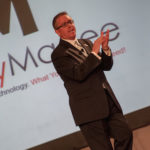 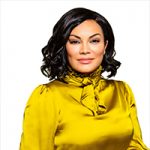