Do you find yourself overwhelmed sometimes? Does it seem life is throwing one obstacle after another into your path? Are you ever tempted to just give up? Do you find it helpful to hear about people who have overcome seemingly insurmountable odds to realize their dreams?

If so, you’ll love this inspiring program by Jin Robertson, a Korean factory girl who immigrated to America as a housemaid at age 22 with little English and $100 to her name. Through determination, imagination, and sheer will, she became a U.S. Army major and graduated from Harvard with a Ph.D. She is now Korea’s most popular motivational speaker and the book chronicling her amazing story has sold more than 400,000 copies. As a single mother, she raised a daughter, Jasmin, who was selected as a Presidential Scholar and who also graduated from Harvard and became a U.S. Army officer.

Prepare yourself for a moving presentation that proves anyone can create the life they’ve always wanted–if they are willing to work hard, place themselves in positions of opportunity, and take responsibility for producing quality results that cause others to want to work with you and for you.

Discover for yourself why every one of Jin’s audiences rise to their feet in a rousing standing ovation because they reconnect with the part of themselves that knows they have the power to do more with their lives –if they choose to act on their own behalf. You’ll understand why Jack Canfield (best-selling author of Chicken Soup series), Pulitzer-Prize winner Ron Powers (Mark Twain), and Paul Shin (U.S. Senator from Washington State) have all recommended Jin’s work.

Remarks from audience members and fans:

“I was so moved by not only your story but what you sang at the end of your “sharing” as well. Even though I do not understand your native language, I could feel what you were singing very deeply… I could “see” the “energy” of your soul!” Charlotte Johnson, MA

“What a moving and inspiring story that is!! It’s not that you need Oprah, it is Oprah that needs you!” Jacki Rose, MA

“I was so moved and encouraged by Jin’s speech; I went to a college in town that afternoon and registered for the evening classes. I also want to make something out of my life!!” An enlisted soldier of the U.S. Army, Fort Bliss Texas

“You inspired me to rise out of my current situation and to raise my daughter to become somebody, no matter what!” A teen single mom on welfare, Cambridge College, MA

“We believe that Oprah should invite you on her show. We will write to her every day until we see you on the show! Of course we will be in the audience to cheer you.” Students on welfare program, Cambridge College, MA

“I was going to commit suicide because of the miserable and unbearable life of the basic training in the Korean Army. But your speech at our post that afternoon saved me and made me realize the reasons to live. As you said, we have only one life to live. I also want to test and find out what my limits are!!” A soldier trainee in Korean Army

“I have never heard more moving and inspiring speech in my whole life. In fact, this was the first time I ever gave a standing ovation!!” A woman in mid-fifties, Samsung Life Insurance, Korea

“Your speech simply is so powerful. In fact I am using your story and philosophy when I train my people. Especially, your strategy of making three lists to accomplish every objective is so brilliant.” Executive VP, SK Telecom, Korea

“Throughout your speech, I had goose bumps running over my body. I also was in tears at the realization that I can still dream even at my late fifties. You indeed inspired me to go for more of the life can offer.” President of Pharmaceutical Company

“I used to be a plain housewife who knew very little about the world outside of my home and used to be scared to venture out. But your story changed me completely. Now, I am a freelance TV producer, who reports about the lives of people in the world, including the “war zones” in Afghanistan and Iraq, and about Korean fishermen who had been abducted by pirates.” A freelance TV producer, Seoul Korea

“I am a seventy year old man who is very happy to have heard your inspirational speech. You indeed changed my outlook about the life. I don’t know when I will die. But whenever that could be, I am trying to live in the best way every day, so that I could say at my death bed, “I indeed lived a wonderful life at least from my seventy!”” A seventy year old man, Incheon, Korea

“This is 10th time I listened to your speech and still made me cry. In fact, you inspire and motivate me and teach me something new every time.” President (a man in his mid-sixties), Korean Human Development Institute

“As growing up, I never thought about studying abroad. But you inspired and motivated me so much. With the amazing encouragement from your life story, I ended up graduating from Harvard Business School. Now, I work for the Boston Consulting.” A Korean woman at her mid-thirties.

“When going through tough times, it is helpful to read an inspiring story of someone who has overcome what appear to be insurmountable obstacles. I am delighted and proud to recommend one of my friends, Jin Kyu (Suh) Robertson, who has indeed lived a life full of amazing hardships and great overcomings. In fact, I can see several bestselling books and blockbuster movies in the story of her journey, which she has captured in her manuscript From Immigrant Housemaid to Harvard Ph.D. I strongly believe that her story will inspire and motivate millions of people in the world regardless of their personal background, race, gender, age, profession, education, and economic status. I strongly encourage you to discover why Jin Robertson’s book will have you turning pages until the very end and will leave you determined to appreciate all that is right with your life.” Jack Canfield – Co-creator of the bestselling Chicken Soup for the Soul book series, Co-author of The Success Principles, Featured teacher in “The Secret” 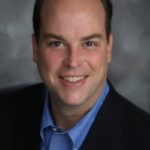 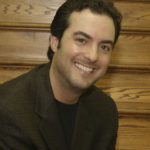