He has experience presenting in India, Egypt, Japan, South Korea, Argentina, Brazil, Dubai and the United Kingdom for organizations such as UPS, Wells Fargo, SunTrust Bank, Edelmans, Chick-fil-A, Grubb & Ellis, Toshiba, McKinsey and many others.

Jim is passionate about helping small and medium sized businesses grow. He has written a book to assist business owners in becoming more successful. His book, “School for Startups” was not only a McGraw-Hill bestseller, but also achieved a ranking as high as number nine on Amazon’s business section. The book continued to be a best seller for years, and received 4.8 stars from reviewers. It has been exerpted by Entrepreneur magazine and the Wall Street Journal India.

Jim was featured in an UPS commercial, was referred to as “the Simon Cowell of venture capital” by CNN, and has appeared on NPR, MBNBC, CNN and in the New York Times.

At the age of 25, he started the American Computer Experience company. With no capital infusion, Jim grew the company to $12 million in annual revenue and expanded to employ over 700 people. The company was the world’s largest in technology training for children, and enjoyed tie-ins with Microsoft, Intel, Lego and NASA, among others.

After selling American Computer Experience, Jim taught at Georgia State University and was the top ranked professor at the business school for 12 consecutive semesters. 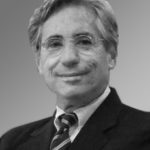 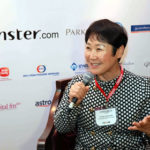