If you are seeking an announcer, spokesperson, host or emcee –
look no further! You have found your man!

Gary Alan is a professional entertainer with extensive training in improvisation, assuring that your event will be a tremendous success. With razor-sharp wit, impeccable comedic timing and a mastery of character, his cartoon voices and dialects create magic on any stage.

Gary began his career as a professional comedian in South Florida before moving to Los Angeles. There, he joined The Groundlings, a well-known comedy troupe which has yielded many stars for NBC’s “Saturday Night Live.” Gary’s time with the troupe was an experience that would prove fundamental to his career.

Armed with a solid foundation in improvisation, Gary returned to South Florida where he became a popular radio host in many forums including news, talk and sports. Along with his radio work, he performed as a stand-up comedian and celebrity impersonator in top Las Vegas and Orlando hotels and resorts.

What clients say about Gary:

“Gary did an outstanding job for our annual sales meeting. The entire event was based around a ‘Tonight Show’ theme. Gary shined with his Jay Leno impersonation, on-stage as a host, during ‘Jay-Walking,’ and on the Red Carpet for our awards ceremony. His creative input in the planning of the event was priceless and helped make the show flow smoothly. Everyone enjoyed his performance, and his salute to the troops was unforgettable.”
– Abbott Laboratories

“Gary, I just wanted you to know what a kick it was to guest with you recently. What is impressive to me is the prep you do for your shows. Believe me, it shows! For example, thanks for taking time to read my book ‘Winking at Life.’ It sounded like you knew more about me than I know about me! It’s not hard to understand why you are so popular. Keep it up. Continued success, my friend.”
– Wink Martindale, Legendary Game Show Host, Emcee

“The audience totally LOVED him! His chemistry with Lindsay, our spokesmodel, was awesome. He had a wonderful rapport with the audience and really made the game show exciting. We’re looking forward to working with Gary again soon.” – Harrah’s Casino

“Gary’s performance as Jay Leno was hysterical! His opening monologue really got the audience going. Even before the show, walking Gary (Jay) through the casino (The Rio) to the ballroom was an unforgettable
experience. He was stopped numerous times because people wanted to meet Jay Leno! Even after the show, Gary (Jay) stayed for photos and autographs for members of our group. They had a blast!” – Jayco International 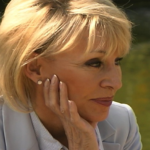 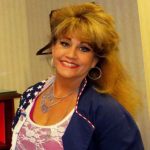