Radio Personality, Humanitarian and Advocate for Veterans, MyVegas Magazine's 'Woman of the Year'

RADIO PERSONALITY, HUMANITARIAN AND ADVOCATE FOR VETERANS,
MYVEGAS MAGAZINE’S WOMAN OF THE YEAR

Early in her life as a young mom with four boys, Janet struggled to resolve health issues for her children, including one with a serious head injury and another born with major health challenges. This experience was her motivation to dedicate her life to health and wellness.

Janet coined the phrase Imagine N.O.W. (Nurturing Our Warriors), launching it as a movement in 2006. Listeners had suggested she bring the advanced products and wellness modalities she was introducing on her radio show, along with key professionals she interviewed over more than two decades as a marquee radio personality, to soldiers and veterans facing life-threatening post-traumatic stress disorder and traumatic brain injury.

Ten years later, Janet officially co-founded Imagine NOW, a Nevada nonprofit, to bring a business structure to her efforts to help veterans and active service men and women. She currently serves as Imagine NOW’s vice president and as a member of the board of directors.

Janet recently launched a companion for-profit company, “Pay it Forward Network International” (PIFN). PIFN was formed to provide proven and state-of-the-art healing modalities, to serve as a nexus of information and healthy awareness, and to provide immediate help to veterans and first responders by donating up to half its profits to Imagine NOW. PIFN provides outstanding health and nutritional products to domestic and international markets. The collaboration of PIFN and Imagine NOW fulfills Janet’s lifelong vision to heal her children, promote healthy life styles and help those in need.

Janet’s mission is to set the stage for health reform by exploring the greatest breakthroughs in health, wellness and self-help. Imagine NOW was inspired by her success with other wellness campaigns, having played a leading role in the 1994 grass roots effort to derail an FDA proposal to control nutritional supplements in the manner of prescription drugs. Janet led thousands in a campaign to persuade Congress to modify the proposed DSHEA Bill (Dietary Supplement Health and Education Act of 1994) to keep nutritional supplements available over the counter and out of regulatory hands.

In 2017, in recognition of her lifelong and selfless dedication to helping those less fortunate, Next Dimension University of California honored Janet with their highest award presented to a select few, an honorary Doctor of Theology (ThD) degree, and a Lifetime Achievement Award at a special ceremony.

Her mission is to help others transform one life at a time.

Her story resonates with people of all walks of life and creates a transformational path of empowerment. Whether it is a business setting, a nonprofit organization, working with youth or helping battered women, Janet inspires people to achieve their dreams and offers her rare and insightful keys of wisdom.

With her delightful personality and powerful leadership, Janet will share with the audience dynamic teachings that are applicable for the salesperson, single parent or anyone who desires an inner spark offering a springboard into the world of intention.

Janet will enchant you with her wondrous story of ‘Faith and Miracles’ as a prelude to her book, “Four Kids and Five Dollars,” that serves as the foundation of her walk into the world of motherhood and leadership. Janet calls on everyone to join her in her crusade to promote health, wellness and personal freedom.

“When love and intent align with the mind, body and spirit, we create the art of soulful living!” – Janet Franco, aka Soulful Rosie 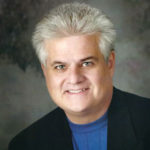 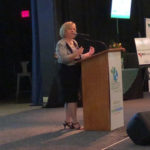