Kevin Kline is a 21-year radio veteran and current morning co-host on The New 93Q in Houston, Texas. Outside of his morning show duties, he is the president and co-founder of a non-profit pediatric cancer organization called Snowdrop Foundation.

Ultra-endurance running is his personal method for fundraising for childhood cancer awareness campaigns.

“Kevin Kline is the finest public speaker I have had the pleasure of hearing. He is a dynamic, highly motivating and compassionate speaker. He totally engages his audience and tells his compelling story in a uniquely passionate and galvanizing manner. His listeners are absolutely taken by his message!”
— Dr. David Poplack, Director, Texas Children’s Cancer Center

“Kevin is one of those rare individuals who can take his passion and communicate it to anyone and everyone in the audience, regardless of age or background. He inspires you not just through his words, but more importantly, through his actions. What he has accomplished as an athlete is astonishing, but it pales in comparison to what he has accomplished as a human being.”
—Robert Key, Founder, Faithful Soles

“I have been honored to hear Kevin speak on many occasions and in many settings. When I sit back and reflect on each occurrence, I find these common threads throughout:

Any business or charity organization would greatly benefit from inviting Kevin to spend time with them. In our business model, we always ask ourselves, “Is this value added?” Kevin delivers the added value that any team can use: building blocks to rekindle their core values.”
— Bob Magnussen, District Manager, JCPenney Company

“Kevin Kline was the featured speaker at our annual Mother-Son Luncheon, attended by over 1000 moms and their high school sons. Kevin captivated the audience from the moment he began to speak. He shared inspirational story was about how his life was changed when he met a young girl battling cancer. After he spoke, he was mobbed by the young men, asking how they could become volunteers at his events for children with cancer. In all my years attending this event, he was by far the best speaker we have ever had. His words touched everyone, and we are better people for knowing him!”
— Jill Ribbeck, Vice President, Strake Jesuit Mothers Club 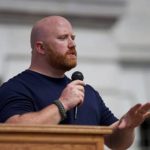 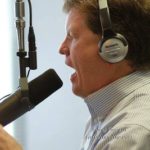