Robert Kiyosaki, author of the bestselling financial book of all time, “Rich Dad, Poor Dad,” said the following about Kevin Price and his show: “The world is changing too fast to be listening to people who have no idea what they’re talking about, so listen to Kevin Price. He’s into real financial education.”

Kevin has an extensive amount of business experience in lifestyle design and new rich thinking, in addition to the marketing, media, and venture capital industries. He brings that experience to every radio show and speaking engagement that he does. He is a forward thinking leader who has unique takes on the reasons why some businesses — and individuals — succeed, while others fail.

Kevin is also the author of the public policy bestseller “Empowerment to the People” and has written articles for some of the most prestigious publications and websites, including Reuters, Chicago Sun Times, USA Today, The Huffington Post and several other national media sources.

He has a new book soon to be released entitled “Making New Rich Books Work for You,” which unlocks the mystery why millions read books like “The Four-Hour Work Week,” yet their lives don’t change. He read the book (several times) and he explains how it finally worked for him in his new book.

Kevin has traveled coast to coast and around the world speaking about economic and cultural issues. In his travels, he has conducted seminars in Poland, Hungary, Belarus and Russia following the fall of communism where he talked about how those nations could pursue a free market economy.

Two of his speeches were published in “Vital Speeches of the Day.” That publication is the oldest and one of the most prestigious publications on speeches in the world. He has twice received the esteemed George Washington Honor Medal from the Freedoms Foundation at Valley Forge, one for his book “Empowerment to the People” and the other for a speech he delivered in Warsaw, Poland.

Kevin Price’s speeches have been used as part of the curriculum for universities in the Czech Republic, Poland and Hungary, and have been distributed by the U.S. State Department for publication throughout Russia and Eastern Europe. 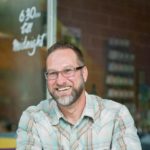 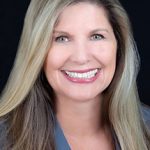