A native of St. Louis, Michael Johnson was a three sport varsity athlete in football, wrestling, and track. After high school graduation, Johnson received a football scholarship to Central Methodist University, and after one year, he transferred to Meramec Community College to become one of the country’s top wrestlers.

Johnson started training in MMA with The Springfield Fight Club, which was an affiliate of Gracie Barram and also worked as the assistant mixed martial arts coach. It was there that he fell in love with MMA and launched his fighting career, quickly earning titles as the Midwest Fight League and Xtreme Cage Fighting Champion.

Johnson is known for his relentless style, both in and out of the cage. He stands out with his focus, dedication and passion. He was finally cast on The Ultimate Fighter 12 after telling producers after multiple tryouts, “I’m here; I’m not going to go anywhere. If you guys don’t pick me, I’m going to try out again.”

Since then, Johnson has competed three times in the UFC Octagon, defeating Edward Falooto on UFC Live on Versus via first round KO, and next against Paul Sass who won via submission. Johnson defeated Shane Roller on January 28, 2012 on UFC on Fox, via unanimous decision. 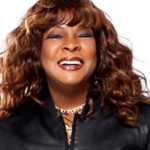