Miguel Angel Torres, a Latino native of East Chicago, Indiana, is a father, a husband, a college graduate, a business owner and a professional mixed martial artist who fights at the highest level in the Ultimate Fighting Championship (UFC).

Growing up in one of the tougher neighborhoods in the area, Torres learned early on that fighting was one of the building blocks to success, not only in pursuit of a college education and stable future, but also to escape the pattern of failure that had grasped hold of so many young Latino men like him.

Always a good student, Torres began training in mixed martial arts in 1998. After high school he attended Purdue University where he worked his way through school, earning a Degree in Marketing. For the next five years, Torres worked at a local hospital as a Radiologist’s assistant. He often worked an overnight shift only to work a day job, and still go to the gym to train in MMA.

His work ethic and perseverance paid off. Torres quickly established himself as one of the best MMA competitors in the world in his weight. He also grew as one of the best and most exciting personalities in the Mixed Martial Arts community. He racked up over three dozen wins in his professional career, including a number of title belts in various federations with only one defeat. He succeeded to the UFC-owned World Extreme Cagefighting organization and captured the bantamweight title. When the UFC folded the WEC in 2010, Torres moved over to the UFC and has been fighting under its banner ever since.

His passion and dedication for the sport of MMA go beyond the imagination. Together with his unquestionable skills and very easy going personality, Torres is a UFC fan favorite and a highly respected athlete in the sport. He owns and operates Torres Martial Arts Academy in Hammond, Indiana, a place for anyone who wants to get in shape, learn the subtleties of self-defense/combat sports, or develop lasting self-discipline. 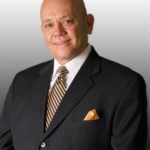 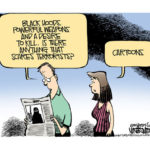