Think Uri Geller, and most people think “spoon bending.” However, Uri has an impressive career spanning many decades and is acknowledged as one of the world’s leading motivational & inspirational speakers.Since he made his debut more than thirty years ago, Uri Geller has bent spoons, started broken clocks and watches, and read minds in all six continents. He has been featured in all the world’s leading newspapers and magazines, including Time, Newsweek, Forbes, Business Week, US NEWS and World Report, Wall Street Journal, Financial Times, Observer, New York Times and Washington Post, to name just a few.

There is another side to Uri Geller; he is an exceptional motivational speaker. YPO (Young Presidents Organization) voted him most inspirational and motivational speaker—the runners-up being Dr Henry Kissinger, General Alexander Haig, and President Gerald Ford. He has lectured to a wide variety of audiences in many countries, from a group of US senators and national security executives in the high-security room in the Capitol in Washington, DC to the United Nations. At the invitation of US Senator Claiborne Pell, chairman of the Foreign Relations Committee, he attended the nuclear arms reduction talks in Geneva and was asked to influence the Soviets to sign the treaty, which they did.

Attending with Uri were future Vice-President Al Gore and Anthony Lake, national security adviser and later the head of the CIA.He has also lectured and conducted seminars to PriceWaterhouseCoopers, the directors of Hallmark, the Royal Geographical Society, Rolls-Royce, Institute of Incorporated Engineers, T-Mobile, Moto, Mizuno, Sony, Omron, Novartis, Mensa, Google, Henkel and the Prime Minister’s Conference. He has been a guest speaker at the Oxford and Cambridge unions, Yale, Berkeley and Stanford universities, and at the World Economic Forum 2004 in Davos, Switzerland along with dignitaries such as President Bill Clinton, Vice President Dick Cheney, and Steve Forbes. He has also given endless talks and demonstrations for charity.

What to expect from a motivational lecture from Uri Geller:

Some of the things audiences have the opportunity to discover: 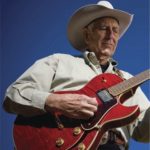