Paul McCartney calls him “one of the finest guitarists in the world.” His Legacy in the music industry as both a live and session guitarist draws comparisons to a handful of the most innovative members of a rarified musical ionosphere with the likes of Les Paul, Chet Atkins, Jimi Hendrix, Eric Clapton, Stevie Ray Vaughan, Phil Keaggy, Duane Allman, Carlos Santana, Eddie Van Halen, and Robert Johnson. “That’s standing in some mighty tall cotton,” as people used to saw where he grew up in Oklahoma!

His signature riffs, and arrangements continue to be part of the soundtrack of life for several generations of music lovers, from Buddy Holly’s – “Its So Easy” to the Everly Brothers’ – “Lucille,” Jan and Dean’s – “Dead Man’s Curve,” Kenny Rogers’ – ” Gambler,” Asleep at the Wheel’s – “The Letter That Johnny Walker Read,” and so many more.

He traveled with Johnnie Lee Wills as a teenager and was part of the final recording session Bob Wills did with his Texas Playboys. His name was etched forever in rock and roll history on “The Day the Music Died” after a fateful coin toss spared him from flying with Buddy Holly, The Big Bopper and Riche Valens in the plan that crashed into a lonely Iowa cornfield. His prominence in the music industry continued afterward as A & R Director for Liberty Records country division in Los Angeles, the in a similar position with Metromedia Records in Nashville.

His prestige grew to the point that a few years back, Samick Guitars issued a limited edition Tommy Allsup model, a beautiful full-sized arch-top with gold-plated hardware. Only 500 were custom created, and each is considered a classic today.

Yet nearly 60 years after he started his music career, it would be easy to walk past Tommy Allsup in the hardware or garden supply store near his home in Azle, Texas, never knowing of his fame. He would be more comfortable talking about getting his garden ready for planting. He certainly would never tell you about the amazing 10,000 recording sessions with the likes of Willie Nelson, Eddie Cochran, Walter Brennan, Bobby Vee, Johnny Burnette, Julie London, Vickie Carr, George Jones, Mickey Gilley, Hank Thompson, Lorrie Morgan and Asleep at the Wheel – not unless you asked. 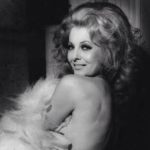 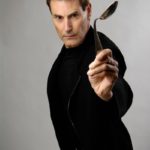