Wayne Allyn Root is one of the most dynamic, charismatic, colorful, passionate, fiery, and outspoken Libertarian-conservative political personalities in America today. He is a best-selling author of 7 books, a FOX News regular guest, and a national media star. This REAGAN LIBERTARIAN was the 2008 Libertarian Party Vice Presidential nominee and is today the leading contender for the 2012 Libertarian Presidential nomination. He is an elected member of the Libertarian National Committee (the #1 vote-getter in the country); serves as Chairman of the Libertarian National Congressional Committee; and Vice Chairman of the Nevada Libertarian Party.

In front of a crowd of 1000 in Dallas, TX, at annual Mega Partnering Conference featuring Wayne Allyn Root, Steve Wozniak (Founder of Apple), and Eric Trump (The Donald’s son)

“You’re in the right place with The Power of Relentless. Opportunity is knocking, and Wayne Root will show you how to seize it. He knows how to be tenacious and relentless—and how to win!” –Donald J. Trump Chairman, The Trump Organization Executive Producer, “Celebrity Apprentice” Bestselling Author, “The Art of the Deal” 2016 Candidate for GOP Presidential Nomination

“My grandfather, B.C. Forbes, who founded the publication that bears his name, particularly admired what he called “stick-to-it-iveness.” Wayne Allyn Root demonstrates how to apply that crucial characteristic to all aspects of your life in order to achieve well-rounded success in this vibrantly written and engaging book.” –Steve Forbes, Chairman Forbes Media Editor-in-Chief Forbes magazine

“The Power of RELENTLESS should be required reading in every Business School in America- you can literally feel Wayne Root’s passion, high-octane energy and relentless spirit jump out of the pages of this book. I am left speechless!” –Ronald L. Loveless Former Assistant to the President of Wal Mart, Former Senior V.P., GM, Sam’s Clubs

“I’ve known Wayne since we were both 7 years old. I’ve had a front row seat to his passion, relentless drive and success. Study him and learn from him. ‘The Power of Relentless’ works.” –Peter H. Diamandis, Founder & Chairman, XPRIZE & Singularity University New York Times Best Selling author of “Abundance & BOLD”

“When Wayne asked me to read his latest book, I didn’t think I had the time, but he was relentless. But once I starting reading I just couldn’t stop. I only wish he’d written it sooner. Chock full of heartfelt personal anecdotes that entertain as well as inspire, the book provides a powerful motivational pep talk as only Wayne Alan Root can deliver it.” –Peter Schiff, President, Euro Pacific Capital Chairman, Schiff Gold New York Times Bestselling Author of “The Real Crash,”

“Wayne Root has a brilliant mind, but in this book he makes it clear that that is not a unique characteristic. He shows the reader how to use their brilliant minds to take what they have, to get what they want. It’s a fun read.” –Benjamin S Carson Sr. MD Emeritus Professor of Neurosurgery, Oncology, Plastic Surgery and Pediatrics Johns Hopkins Medicine 2016 Candidate for GOP Presidential Nomination

“Wayne Root is truly relentless. No matter your field of endeavor- business, sales, picking winners on Wall Street- it’s always dependent on your being relentless in the face of challenge, adversity, obstacles. Wayne understands success is about cracking the door open one inch, pursuing your dreams relentlessly, refusing to accept defeat, then banging the door down. Bravo.” –John Mauldin, Chairman, Mauldin Companies Editor, “Thoughts from the Frontline” New York Times Bestselling Author of “End Game”

“The Power of Relentless is the bible of the new digital age and a powerful new way to achieve the highest levels of personal, professional and financial success. My path to success started by reading every major success book. This book goes beyond anything I’ve ever read. Wayne Root will leave a legacy that will inspire readers to realize their dreams for generations to come.” –Joseph Sugarman, Founder & Chairman BluBlocker Sunglasses Marketing, Branding, Copywriting legend

“As a serial entrepreneur, I have been up and down the success ladder more than once. My family mantra is, “The harder I fall, the higher I bounce.” You have to be “Relentless” to bounce in business. Fortunately, at the age of 55, I once more bounced “relentlessly.” Our kiosk company has sold over $1 billion and a half of products in the Specialty Retail Industry. They say defeat is not an option. At least it is not a desirable one. Wayne Root is the epitome of being “RELENTLESS.” His drive is inspirational, and his advice is germane to your business and your personal success.” –Max James, Founder & Executive Chairman American Kiosk Management Member, Specialty Retail Hall of Fame Air Force Academy Distinguished Graduate Award winner Founders Board Director, Air Force Academy Endowment Foundation Philanthropist, Founder & Chairman Camp Soaring Eagle Foundation

“No guts, no glory. Without question, author Wayne Root is the most relentless person I have ever known. Which is why it’s no surprise that, in his fabulous new book ‘The Power of RELENTLESS’ he does such a great job of teaching the reader how to get whatever he or she wants out of life. No doubt about it, Wayne has chutzpah! ” –Robert Ringer New York Times #1 bestselling author of “Winning Through Intimidation” and “Looking Out for Number One”

“As the founding Editor of Ms. Fitness Magazine, I can honestly say that the 12-step program found in ‘The Power of Relentless’ is a boot camp to success, fitness and power in ALL areas of life. Wayne Root has taken the concept of mind/body to a powerful level while organically tossing in what most have missed: that financial fitness is a vital part of the picture to having the life of your dreams. ” –Greta Blackburn Editor, Ms. Fitness Magazine Co-author “The Immortality Edge”

“Energy, passion, intensity and unbridled enthusiasm are the keys to Wayne’s incredible life. I’m proud to place this dog-eared book on my nightstand as a daily reminder that being RELENTLESS is the key to opportunity, success, wealth, and ultimately happiness.” –Phil Gordon Professional Poker Player, Entrepreneur, Philanthropist Star of “Celebrity Poker Showdown” on Bravo CEO and Founder of Chatbox.com

“Wayne Root is on the money with ‘The Power of Relentless.’ This book describes exactly the principles I utilized to start a small company in a basement and hyper-growth into the largest online vitamin retailer in the world, winning the INC 500 Hall of Fame award for the fastest growing company in America, followed by NASDAQ IPO and recently sold to Fortune 100 company. Wayne combines a relentless pit bull mindset with the perfect balance of body, mind, spirit and nutrition. He’s got the winning formula.” –Wayne Gorsek, Founder & Chairman DrVita.com Entrepreneur & Philanthropist

“The Canadian physician Dr. Marion Hilliard wrote that he ‘would never wish anyone a life of prosperity and security. These are bound to betray.” Instead he wished ‘for adventure, struggle, and challenge.’ Wayne Root’s Relentless is a wonderful account of his own failures and successes, poignantly narrated. What caught my fancy is that Relentless is not just a book about monetary success but about contentment, peace of mind, generosity, health, and friendship — all qualities which remind us that a truly rich man is one whose children run into his arms when his hands are empty.” –Marc Faber Founder, Marc Faber Limited, Hong Kong Financial Commentator on CNBC, Bloomberg Editor, “The Gloom, Boom & Doom Report”

“The Power of Relentless is the answer to what you do when life smashes you in the face. Wayne Root shows you how to fight back and throw a knockout punch.” –David Bego, Founder & CEO The EMS Group, Executive Management Services, Inc. A nationwide commercial cleaning and facility services company Author, “The Devil at our Doorstep”

“I was a college football Coach of the Year, then a 2-time AFC Coach of the Year in the NFL. I can tell you ‘The Power of Relentless’ is the same playbook I used to win football games at the highest level and mold young men into champions. When you read this book you will become closer to success in your chosen field of endeavor.” –Ron Meyer 2-time AFC Coach of Year, New England Patriots, Indianapolis Colts

“Wayne Root teaches what being an entrepreneur is all about…” —Charles Schwab, Chairman & CEO The Charles Schwab Corporation 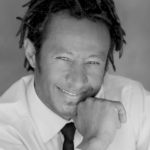 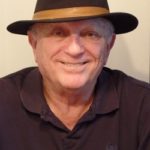