Marianne Hamilton has led a trailblazing life. A native of Sacramento, she attended St. Mary’s College in Moraga, California, where she was among the first class of women admitted in 1970, then lived in the Bay Area until she and her husband moved to St. George, Utah in 2014.

Marianne is a lifelong journalist whose work has appeared in national and regional publications, covering the entertainment, food and wine, and high-tech industries, and more recently, arts/culture and active aging. She is also a fitness instructor and athlete who has earned more than 40 gold medals in race-walking competitions across the US. Marianne is the race director for the race walks and power walks at the National Senior Games, and at the Huntsman World Senior Games in St. George.

Following a 25-year stint as an artist’s model, Marianne now devotes much of her time to volunteer work, serving as Past Chair and Board Member of the Art Around the Corner Foundation; former member of the St. George Arts Commission; co-founder and co-director of the United States Power Walking Association; co-director of the Southern Utah Wine Guild; and special events manager of the DOCUTAH International Documentary Film Festival.

In December of 2019 Marianne was crowned Ms. Senior Italy Universe, and in October of 2020 she received the title of Senior Games Ambassador. In January of 2022, Marianne was crowned Ms. Senior Universe. She is a three-time finalist in the Physical Fitness category at The Global Beauty Awards. Marianne is a breast cancer survivor, crediting her commitment to fitness as the key to her successful outcome.

In her signature presentation, “The Power of Possibilities,” Marianne traces her journey from awkward, painfully shy youth to writer, athlete and advocate for self-empowerment. Along the way she shares heartfelt and humorous anecdotes, all aimed at encouraging her audience to consider that change is possible at any age.

Listen to Marianne – Buzzsprout.com -#372 – Here She Is. Ms. Senior Universe 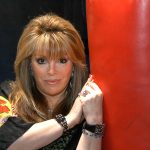 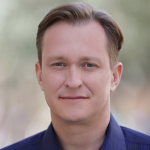